In a recent phone interview with Taste of Country, the “Honky Tonk Badonkadonk” singer was asked about Blake and Gwen getting married earlier this summer and what he thought about the extremely small guest list that excluded Trace and the couple’s other celebrity friends, like Maroon 5 frontman Adam Levine.

Apparently, unlike some of Blake’s other pals, Trace knew about the super-exclusive ceremony ahead of time. “Oh, yeah. He told me,” Trace revealed to the outlet. “I mean, he didn’t invite anybody to the wedding.”

Trace then jokingly reasoned that it was probably a good thing he wasn’t there. “I probably wouldn’t want to come, anyway, because I didn’t want to witness that woman throw her life away like that,” Trace quipped. “So, I didn’t wanna go, anyway.”

To be clear, Trace undoubtedly dished this shade lightheartedly, as he and Blake have a history of making music and busting each other’s chops. Apart from collaborating on several songs — including “Hillbilly Bone,” “Hell Right” and “If I Was a Woman” — the two have often hit the road together, with Trace appearing at several of Blake’s tours in recent years. Just this year, Blake lovingly referred to Trace as “a skin tag” that he “couldn’t shake.”

As for the wedding, the “Honey Bee” singer addressed his and Gwen’s decision to keep the wedding guest list down to close friends and relatives.

“So I’ve had awkward conversations with so many of my friends since [the wedding],” he explained on SiriusXM’s The Highway. “It’s, ‘Oh, oh yeah. I read, y’all. Yeah, I read about that. How was that?’ You know, I was like, ‘Listen, you know, we kept it small, get over it, you know, it’s not about you.'”

When it came to their wedding on July 3, Blake and Gwen asked The Voice host and their close friend Carson Daly to officiate the ceremony, which was held at a chapel the country singer built himself on his Oklahoma ranch. 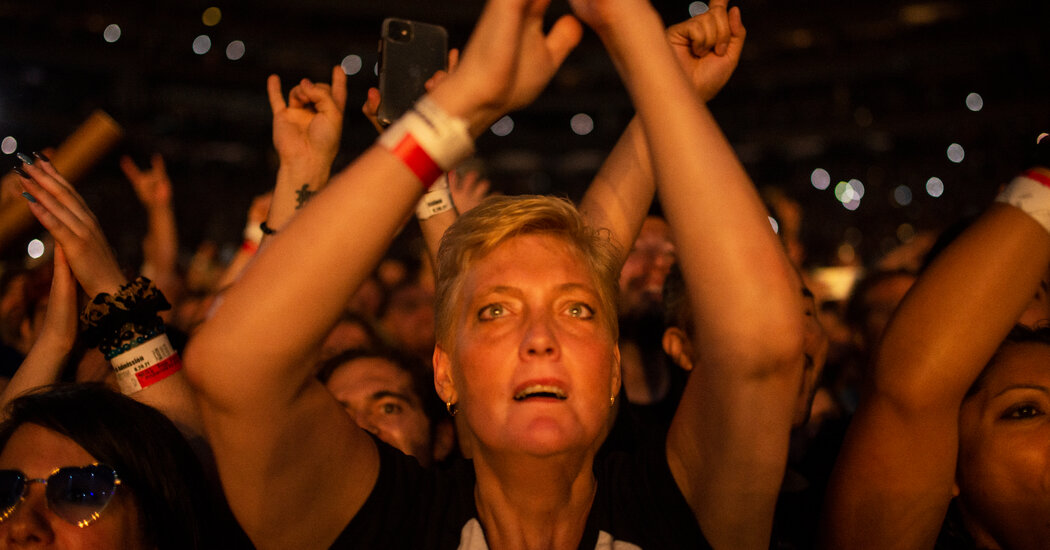