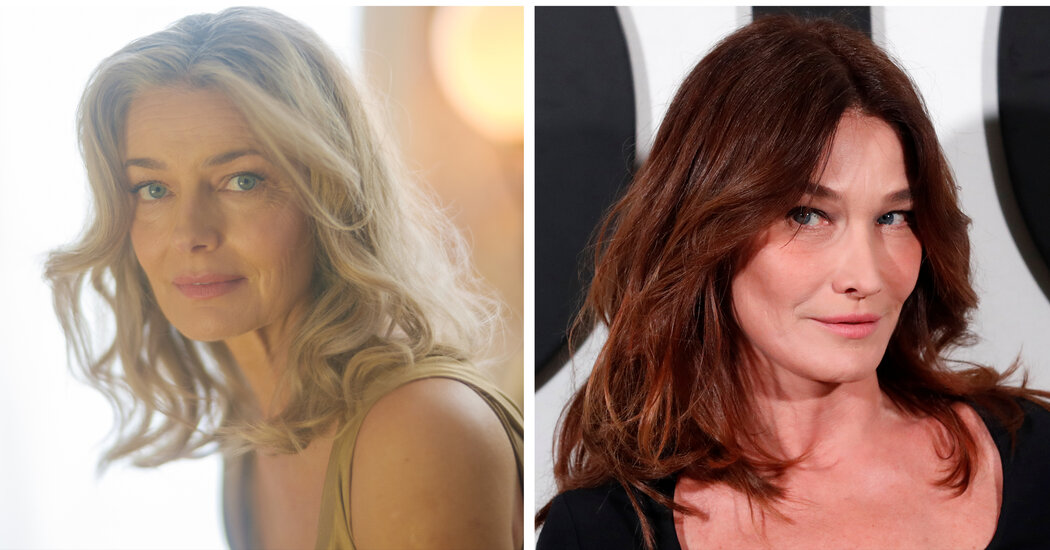 
On the eve of fashion month, six women, all former models, flew into Paris from across the world — not to walk runways but to be interviewed by the child protection unit of the Paris police.

Their testimonies, set to be heard Sept. 7, include allegations of rape and sexual misconduct against ​​Gérald Marie, who for three decades was one of the most powerful men in the fashion industry. A former European chief of Elite Model Management who was once married to Linda Evangelista and who now lives in Ibiza, Mr. Marie has long denied the allegations that have mounted against him over the years from at least 24 women.

Now, however, a year after prosecutors in France opened an investigation into the alleged incidents, which are said to have occurred in the 1980s and ’90s, a chorus of new and high-profile voices has emerged to support Mr. Marie’s accusers — and to demand more robust labor regulation to protect young and often vulnerable models whose work can take them far from home and supervision.

“Enough is enough — I stand with Carré and the other survivors of Gérald Marie as they come to Paris to testify against their abuser,” said Carla Bruni, one of the most famous models of the ’90s and the former first lady of France. She was referring to Carré Sutton, a onetime American supermodel who is leading the group of women testifying in Paris.

“No industry is immune from sexual abuse,” Ms. Bruni continued. “There is so much work to do in France and around the world to ensure that women are protected from sexual violence on the job.”

Helena Christensen said she stood with these “brave women all the way.” Paulina Porizkova added that in the early days of her career, young models were taught to view “sexual harassment as a compliment.”

“As models, we weren’t paid for our talents,” Ms. Porizkova said. “We were renting our body and face. Your body wasn’t your own.” She applauded the women who had traveled to Paris and who would, she said, “relive some painful memories to stand up for a better industry and the women who haven’t been able to come forward.”

Ms. Bruni, Ms. Christensen and Ms. Porizkova had decided to speak up at the urging of the Model Alliance, a nonprofit advocacy group for fashion workers. The organization has offered resources to Mr. Marie’s accusers, including weekly Zoom meetings where the women have had access to legal counsel.

It has also been lobbying the industry to follow its RESPECT program, a set of comprehensive and legally binding standards developed with input from more than 100 models to govern behavior, rights, payment and recourse as well as a detailed list of consequences and processes in cases of violations. So far, however, calls to fashion industry conglomerates and kingpins to sign up — including to the current Elite World Group chief executive Julia Haart — have failed to elicit necessary signatures.

“We aim to seek justice for survivors, but we also want a safer and more equitable fashion industry with real accountability,” said Sara Ziff, the Model Alliance founder and executive director. Ms. Ziff also worked closely with Ms. Sutton when she filed a lawsuit in New York last month under the state’s Child Victims Act, which allows sex-abuse accusers to bring suits against their alleged attackers no matter when the reported incidents took place.

“Despite the #MeToo and #TimesUp movements, the fashion industry has largely escaped any serious scrutiny that has compelled people in positions of power to change the way they do business,” Ms. Ziff said. “There may have been lawsuits and settlements, and at times voluntary regulation, but we have not yet seen meaningful structural change that can legally enforce standards and hold bad actors or institutions accountable.”

Her words were echoed by the model Karen Elson, who has led calls to reform the model agency system by publicly quitting it and representing herself since 2017 and who urged companies to sign onto the RESPECT program. As did the actress and model Milla Jovovich, whose daughter, Ever Anderson, 13, is embarking on a similar career path as her mother.

“I never experienced abuse to the extent many others did when I was starting out,” Ms. Jovovich said. “But I did experience a Wild West industry culture where kids were treated like adults and anything goes. You are young and vulnerable and potentially set up for a lifetime of abuse or bad patterns that will shape your sense of self-worth for the rest of your life.”

“As a model and a mother with a daughter coming up in this industry, I’ve seen how institutions and enablers protect abusers and insulate them from the consequences of their actions. That abuse has gone on long enough.”

In France, there has been criticism of local law enforcement authorities over their handling of sexual assault investigations involving minors after several high-profile cases failed to result in prosecutions. Ms. Sutton, once a face of Calvin Klein and Guess who modeled under the name Carré Otis, said that she hopes her New York lawsuit, and the testimonies of some of Mr. Marie’s accusers in Paris this week, will encourage other victims to come forward and open the door for further criminal investigations.

“Carré was raped and trafficked as a teenager 30 years ago, and I know similar abuse still takes place in the sector today because we hear from current models via our help line,” Ms. Ziff said.

“This is about the fashion industry, but it could also have wider implications for how we think about women’s work. If we can’t win protections against child sex trafficking for some of the most privileged and visible women in the world, then more broadly where does that leave us?”