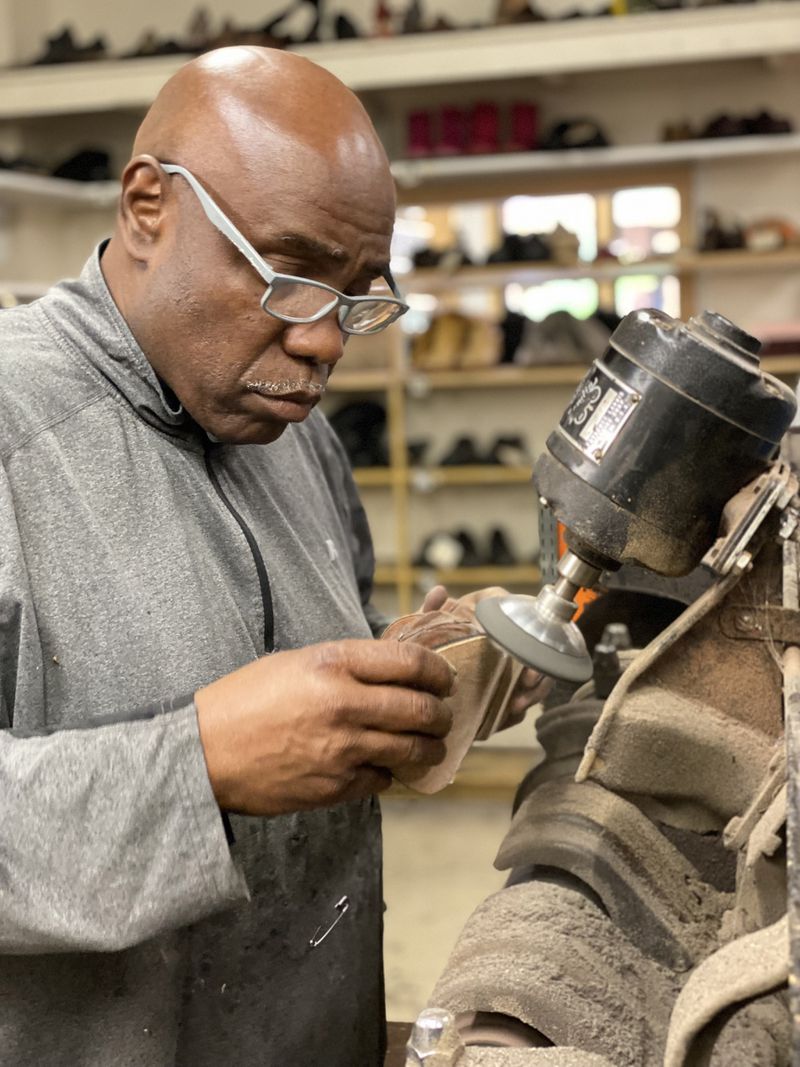 
In addition to the Shoe Repair & More shop in Bexley, Head added a Dayton area shop when he met David Helm, who also came from a family of cobblers, but needed to sell the last family shop.

Adrian Head says it’s hard to find skilled cobblers. “I hear about them word-of-mouth, or I might train someone with a sewing background – but it still takes three-to-six years to train someone fully,” he adds. Contributed

According to Patti Arndts, “My grandfather, George Helm, and his brother Carl came from Germany and started shoe repair shops in downtown Dayton – George’s on 2nd St., Carl’s on 5th. They had a friendly rivalry between George Helm & Son and Helms Shoe Repair. George & Son disappeared after my grandfather, and then his son, my father, who worked in the shop for 45 years, died.

“When Carl Sr. died in the early 1950s, his son, my Uncle Carl, who worked in the shop, took over and moved it to Washington Square. Uncle Carl died in ’97, and his wife wanted to keep the shop going. She did for a while with the help of their son, David, but eventually knew they couldn’t keep it, so had David find a cobbler who would buy it. But she wanted the family name to stay, and when he found Mr. Head, he agreed.”

Head, who travels between the Columbus and Centerville stores, notes that there are probably four, maybe six cobblers in either area now. “Cobblers are becoming extinct,” he says. “This used to be a service for blue and white-collar workers who needed good, sturdy shoes and boots that lasted, so would have them repaired. But now, people are throwing away cheaper shoes. Folks in their 40s-60s are still wearing leather-soled shoes, but most workers dress more casually.”

He also notes that it’s hard to find skilled cobblers. “I hear about them word-of-mouth, or I might train someone with a sewing background – but it still takes three-to-six years to train someone fully. I have three sons I’ve trained who come in now and then, but they aren’t interested in taking over the business.” Head usually has one cobbler in each shop, in addition to himself.

His Helms shop is right around the corner from the Centerville Dorothy Lane Market on Far Hills, and “the owners have been a great support, referring customers who appreciate good quality cobblers. Women’s heels are my number one seller, and we do a lot of zippers, leather jackets, purses and luggage.” The shop also builds orthotic systems, repairs baseball gloves, does saddle work – it even stretches shoes and has a large line of accessories, cleaning and care products.

“During the pandemic, we shut down for a while, but regulars would stop by and say, ‘Oh, I’m so glad you’re still in business.’”

Between the two shops and with faithful customers at each, Head manages to stay busy, even with a sense of humor. “I’ve also become a minister, so I tell my customers that I’m a savior of souls and soles.” 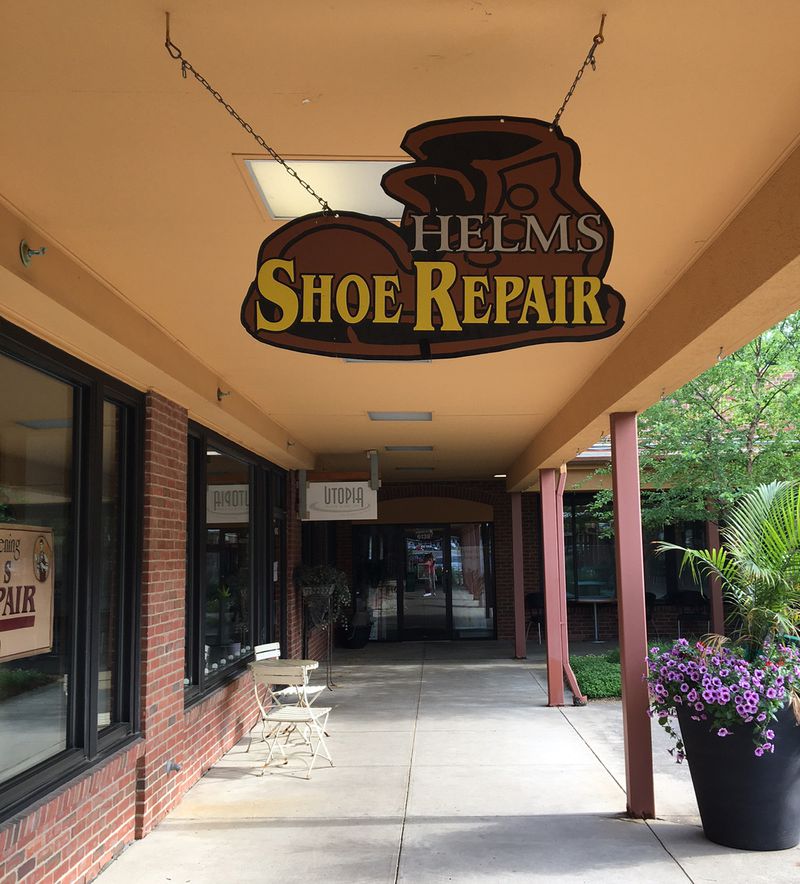 Helms Shoe Repair is right around the corner from the Centerville Dorothy Lane Market on Far Hills Avenue, and “the owners have been a great support, referring customers who appreciate good quality cobblers.” contributed