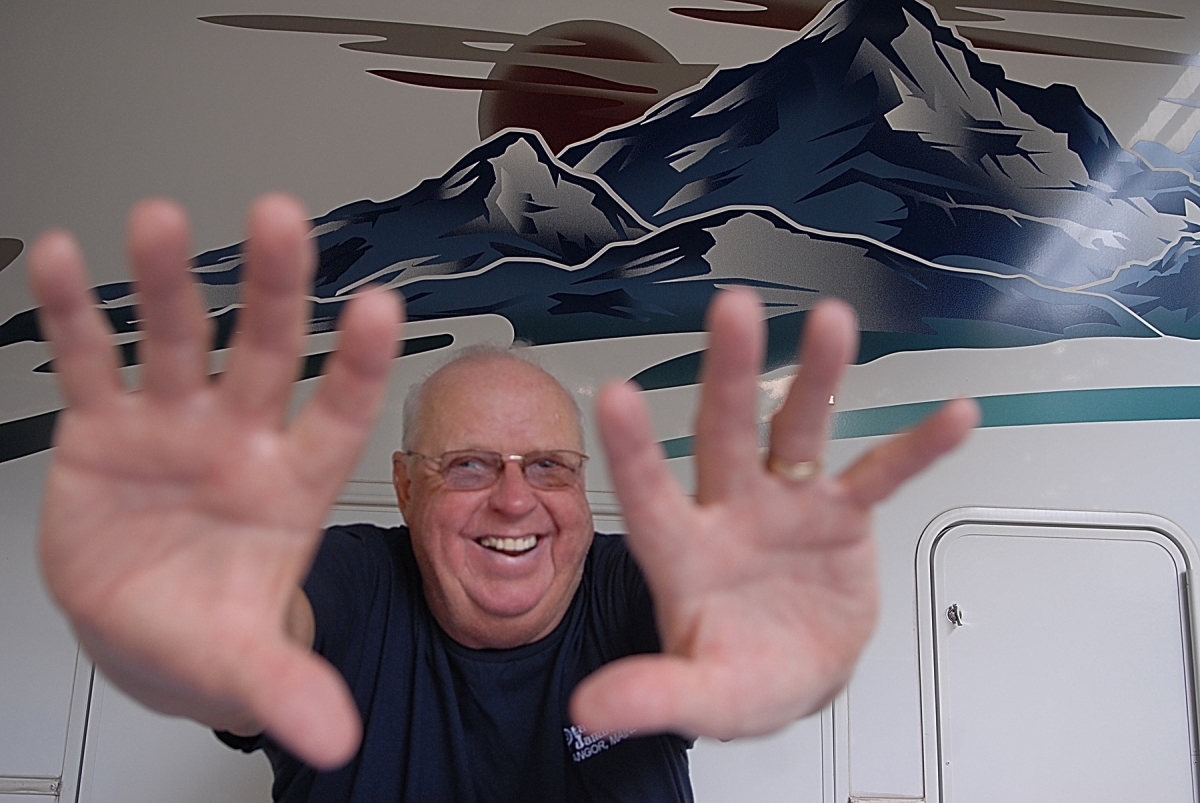 
The Maine Country Music Hall of Fame will induct 12 Maine musicians and promoters this weekend including Bangor area legend Dick Stacey, who in the 1970s and ’80s was famous throughout Maine and Atlantic Canada for his local country music showcase, “Dick Stacey’s Country Jamboree.”

“I’m really pleased by it,” said Stacey, now 85, who normally spends summers in Bangor and lives in Florida the rest of the year. “I’m really looking forward to seeing people I used to work with back at Stacey’s, and meeting some new people as well. I’ve been stuck in Florida for two years because of the virus so I’m sure I’ll enjoy it quite a bit.”

The induction ceremony will be held at noon Sunday, Aug. 8, at the Silver Spur in Mechanic Falls.

Stacey’s “Country Jamboree,” the amateur country music showcase that aired live Saturday nights on Bangor TV station WVII throughout the 1970s and ’80s, made him a household name in Maine and in neighboring New Brunswick and Nova Scotia, which broadcast it on local channels.

Stacey, a Brewer native and Bangor High School graduate, worked for Bangor trucking company Cole’s Express for nearly a decade before opening his own fuel marts in eastern Maine. When WVII asked him to sponsor its late-night country music talent show in 1973, he signed up for what he thought would be 13 weeks, but ended up being 10 years.

Viewers would tune in just to see who might show up on the broadcast. There could be bona fide Maine country players like steel guitarist Perley Curtis, singer Wanda Harris and Don and Duane Nickerson, brothers who for years have fronted the popular Maine band Country Mist.

Or, there could be some less obviously talented performers, and for what they lacked in the ability to carry a tune, they more than made up for in enthusiasm.

The show grew in popularity to the point that Stacey in 1976 bought a motel on Wilson Street in Brewer and dubbed it Stacey’s Plaza Motel. WVII started taping the show in the motel’s lively on-site bar and lounge. In ads on TV, he became famous for his catchphrase — “See these hands? They pump gas. And they STINK!”

The show had run its course by 1983, however, and through the rest of the 1980s and ’90s Stacey kept busy running his businesses. He continued booking the occasional country show in Bangor, from the likes of Porter Waggoner, Hank Snow, Johnny Paycheck, the Charlie Daniels Band and Bangor’s own Dick Curless. By 1997, Stacey had largely retired.

Organizations like the Maine Country Music Hall of Fame keep the legacy of people like Stacey and other Maine country artists and promoters alive, however, so it’s only fitting that the man who helped make the “County Jamboree” a Maine icon be inducted.

More articles from the BDN