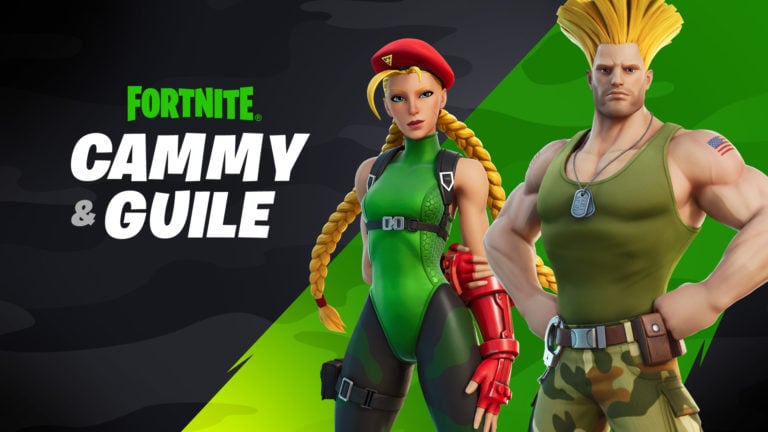 
Fortnite players can finally get their hands on two iconic characters from the Street Fighter franchise. Cammy and Guile officially landed on the Item Shop today with two outfits each. Each new fighter is available for 1,600 V-Bucks, but players can snag the Bundle with both for a discount.

Guile is bringing in his classic look with green fatigues, but the skin also comes with a Glistening Guile variant and the K.O. Backbling. Luckily for players, Guile’s iconic flat top, much like his theme, goes with everything.

Like Guile, Cammy launched with her classic outfit and the Tactical Cammy variant, which dresses the character in camo pants and a crop top. She also comes with the Borealis Backer Back Bling. Players got the chance to obtain Cammy early by participating in the Cammy Cup on Aug. 5, before the fighter hit the Item Shop.

The two are also available through the Cammy & Guile Bundle, which includes all outfits and Back Blings for the two characters, as well as a bonus Loading Screen. Their Gear Bundle, on the other hand, includes the Knuckle Buster Pickaxe, Cammy’s Delta Red Bowie Blade Pickaxe, and the V-Trigger Vector Glider. Individual gear items are on sale for 800 V-Bucks each.

Epic Games teased the addition of two Street Fighter characters earlier this week, with art inspired by the classic franchise’s character selection screen. Cammy and Guile’s addition to Fortnite is the second collaboration with Street Fighter after the game added Ryu and Chun-Li.