“Hearst Magazines and Verizon Media may earn commission or revenue on some items through the links below.”

Drake’s heart is taken, and he’ll pull out a grand public gesture to show it. On Thursday, July 8, the 34-year-old rapper took over an empty Dodger Stadium to have an intimate dinner with 40-year-old model Johanna Leia. The relationship isn’t brand, brand new though, TMZ reported on Saturday, July 10: It turns out Drake and Leia have been secretly dating for months.

Here, what to know about Leia and her romance with Drake.

Leia is a 40-year-old Los Angeles-based model, entrepreneur, and reality TV star who has appeared on Bringing Up Ballers.

Leia is no stranger to the spotlight. In 2017, she starred on Lifetime’s Bringing Up Ballers reality TV series. Per the show’s IMDB synopsis, the series followed Leia and four other Chicago-area entrepreneurs “who will stop at nothing to ensure that their businesses are successful and their boys are on track to make it to the NBA. These ladies are anything but benchwarmers as they balance their households and businesses, while managing their sons’ daily practices and games. Together they are the ultimate Hoop Moms and are not afraid to call foul on each other as they fight to ensure their kids make it to the top.”

Leia was born in Los Angeles but grew up in the Chicago area and started businesses there. She made the move to L.A. recently with her mom, son, and daughter, she explained to longtime friend Simeon Henderson in a 2019 interview, in order to grow more. “I think it was an easy decision,” she said of the choice to leave Chicago for Los Angeles. “Life is about growth, and life is about change.” She called the move emotionally hard though, as “I started businesses here. I’m rooted here.”

Leia has been modeling for nearly two decades.

Leia boasts 296,000 followers on her Instagram and has worked with brands like Fashion Nova. Her feed is a combination of hot-girl model shots and posts about her family.

Leia spoke to Henderson in 2019 about her provocative public image and how she feels about those critical of her posting more revealing shots.

“I’m very much a homebody. I like who I like,” she started. “Do I go out? Yes, I do, I go out, but I’m not your girl in the club every week. That’s never been who I am. I get depicted as that and because I’m a little more explicit on Instagram, I’m definitely judged in a certain fashion, but I modeled for 17 years [before this]…so being naked, being in front of the camera, I mean, at my 21st birthday, I’ll never forget, at 5 A.M. I’m on Fort Lauderdale beach, shooting for a Canadian company, making really good money, and it’s freezing and it’s the crack of dawn because we have to catch the light right as it comes up. So I have that background, and I think now because I have a teenage son [Amari Bailey], and because he’s in a very top position right now, basketball, you know, I’m supposed to cover myself up or be a different person, and you know, it’s funny because I thought about it for, I don’t know, 45 seconds and then I was like, ‘Wait, what? Like I get paid for that. I got paid for years. I supported my family like that.’ So as long as–I had a conversation with Amari, he was okay with it as much as he could be okay with it, then I knew I was all right. And at the end of the day, I also don’t believe kids make household decisions. I also believe kids are kids. I don’t care how successful you are, I don’t care who you become, kids are children.”

Leia has a basketball-star son, high schooler Amari Bailey, and Drake is mentoring him as he prepares to go to UCLA.

Bailey is extremely talented (it may just be in his genes, as Leia said she played basketball too), and he has already committed to play basketball at UCLA after the university recruited him. He’s ranked #3 in ESPN’s class of 2022 recruitment list, meaning he’s one of the best teen players in the nation.

TMZ was told by its sources that Bailey and Drake “hit it off” and have developed a close relationship, with Drake giving Bailey advice “on finances, fame and life, in general.”

One source explained that Drake was teaching Bailey “how to handle all the attention and pressure that comes with being a star player.” Drake and Bailey have spent one-on-one time together, the outlet reports, and he, Drake, and Leia have spent time together at Drake’s house, too.

Leia and Drake met through her son Bailey.

TMZ reported on July 10 that Drake’s romance with Leia is a couple months old—and started on the high-school basketball court. Multiple sources close to Leia and Drake told TMZ that “they first met months ago through high school basketball.” Drake was notably seen with Leia in June, watching Bailey play during a Sierra Canyon game.

Drake and Leia’s Dodger Stadium date was the first big public sign of their dating.

Drake was able to take over an empty Dodger Stadium to host Leia on a dinner date on July 8 as the team’s thank you for his big Los Angeles Dodgers Foundation donation, TMZ reports. ABC7’s helicopter got footage of Drake and Leia dining there, which exposed their date night. It was their first romantic public sighting together.

Drake and Leia have kept their romance off social media so far.

Drake and Leia aren’t Instagram official yet, and Drake has so far kept his relationship with Leia off line. The two do follow each other though (Drake from his @champagnepapi handle), and Drake hasn’t been shy about liking Leia’s Instagrams. He notably liked two about her son Bailey and one featuring her looking sultry that she shared on July 2:

Leia has a seven-year-old daughter too, who has also modeled with her.

Bailey isn’t Leia’s only child. The model has a seven-year-old daughter she’ll also post about on her Instagram. “Happy Birthday my beautiful baby girl,” Leia wrote to her in May. “I love you so much! So smart, funny, loving, perceptive, and beautiful! I hope you enjoyed your beautiful day! Savvy Turns 7 💞”

Mother and daughter also modeled together for Fashion Nova in a June 2 shot: 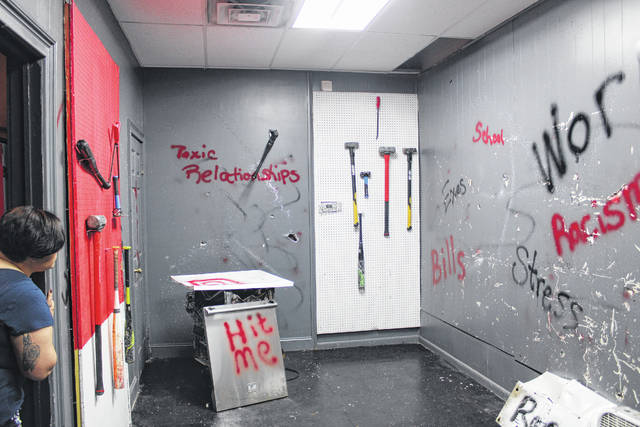